Extract: "Godefroy Jordan, whose company Behind the Dot operates the .bio gTLD, which is aimed at the organic foods market, has over 8,000 registrations in just over six months. While this is below initial expectations, Jordan said the gTLD is performing well in its in eight key markets where it is in the top 20 in registration numbers and top ten in value".

.SCIENCE domains for les than 1 € with OVH 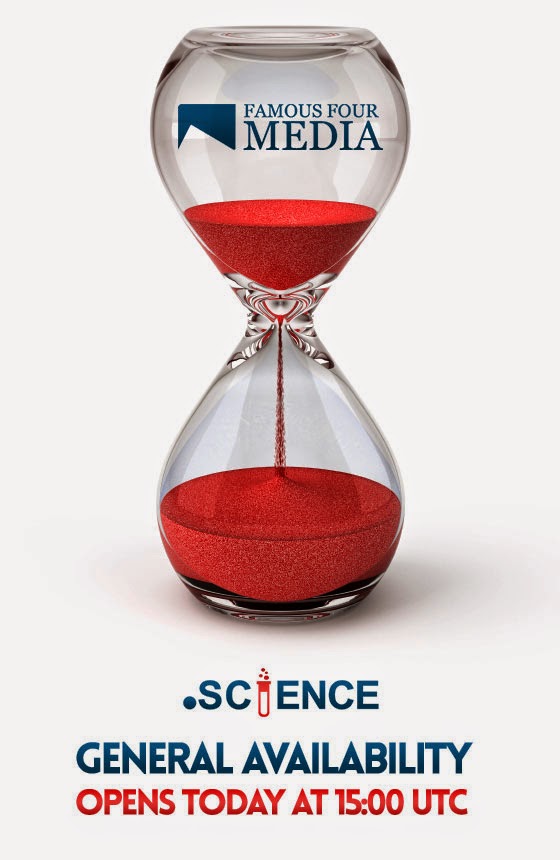 Extract: "Some recent auctions of dot-travel geonames show that there is some building interest. Recent sales prices include..".

Extract: "The company partnered with registries for a similar program during dmexco in Cologne last September. Sedo served frozen yogurt with toppings, and the toppings were all named after different TLDs. For example, someone who wants their froyo topped with chocolate sauce and sprinkles might have to order it “with .club and .sexy on top".

How Much Will .APP Sell For Next Week?

Extract: "I can tell you I have personal knowledge of one new gTLD selling for in a private auction for just short of $20M and there has been a lot of speculation of how much .Blog sold for last week in a private auction with guess ranging from around $25 Million to $30 Million. Unlike private auctions, the results of ICANN Last Resort Auctions are public, so we will know exactly the amount paid for .APP, even how many applicants dropped out at certain amounts along the way.".

Welcome To THE Domain Conference

THE Domain Conference is bringing together the biggest and best names of the domain industry in sunny Fort Lauderdale! Registration is now open, and hotel reservations are being accepted!
Source: http://thedomainconference.club/.

What about a spamming registry?

Extract: "Have seen many worried members of the domaining community around the world that have been a bit worried about potential spam through new cheap gTLD’s".

Masters of their Domains

Extract: "Domainers have their heroes, and one of the most mysterious is a man named Yun Ye, a Chinese citizen living in Vancouver, British Columbia. He is credited with boosting the entire market when he sold his portfolio of more than 100,000 domains to Marchex. His names were bringing in more than $20 million a year in revenues--and $19 million in profits--when Marchex paid the equivalent of 8.6 times annual earnings, based on figures provided in SEC documents. "He is our god," says domainer Michael Bahlitzanakis the moment he hears Ye's name uttered at a Delray Beach party. Every domainer knows of Ye, but few have ever met him. He's the domainers' Keyser Soze. "My attorney happens to be his attorney, but that's as close to him as I can get," says Bahlitzanakis, 29".

Extract: "New gtlds portfolio! NO RESERVE - New gtlds ruined me! IM BROKE! Here is your chance to get great names for cheap! Take advantage of my failure! I am about to go bankrupt".

Extract: "Earlier this week, brand new top level domain name .RIP was launched for general availability by registry Rightside. The idea for .RIP is to “offer a new way for friends and family members to memories and pay their respects to lost loved ones.” A little under 400 names have been registered so far according to nTLDstats.com but it seems most of the folks outside of our little industry thought it was a hoax or early April’s fools joke".

I don't Broker for free and certainly not for a percentage. Domaining.pro is For Sale: 5 digits offers are welcome.